Portage Township is responsible for providing both fire and police protection for it's residents. MCL 41.806 passed in 1951 provides for the establishment and maintenance of both police and fire departments; joint service agreements and the delegation of powers. The statute, originally written in 1951 and only slightly modified when township laws were recodified in 1989, is often referred to as "Public Act 33" which was the public law number when it was first adopted.Neither, this statute, nor any other, requires a Township to have a fire department. While a township board has, by law, the general responsibility for the health, safety and general welfare of the township, it has broad latitude as to how that responsibility is to be carried out. All townships in Michigan, have made some provision for fire protection, either through contract, interlocal agreement, or through owning and operating it's own fire department like Charter Portage Township.

The medical needs in each emergency are answered by either Mercy EMS or first responders from adjacent areas.

The Huron Fire Department was founded in 1882. In 1936, during the WPA days, the present brick building was moved from the Duncan area and erected over the older fire halls burned out foundation. Initially, Hurontown covered Stanton Twp. plus the Otter Lake area as well.

The Fire Hall has a "roll of honor" display that commemorates the Departments deceased and retired members.

The Department has (2) tanker trucks, one that holds 3,000 gallons and the second holds 2,700 gallons. The Department also has one pumper truck that holds 1,500 gallons plus a four wheel drive, four person cab, 250 gallon "brush truck" used to address forest and brush fires. Given all the equipment capacities, the Department can arrive on-seen with approximately 7,000 gallons of water.

According to State Law, a volunteer fireman must receive 170 hours of training over the course of his/her initial two years of service. This training consists of both practical as well as classroom training over the two years and it results in Fire Fighter 1 certification.

The Department meets on the first Monday of each month at 7:00 PM at the Hurontown fire hall. They usually have one practice scheduled for each month too.

The Otter Lake Fire Department is all-volunteer. It receives 43% of the millage the township collects for fire protection. The township fire millage is $1.50 per $1,000 of taxable value.

According to State Law, a volunteer fireman must receive 170 hours of training over the course of his/her initial two years of service. The training consists of both practical as well as classroom training. In order to receive Firefighter 1 certification, the candidate must then pass a state certification exam. Medical First Responders must pass a state certification exam and provide documentation for continuing education credits when they recertify every 3 years.

The Department meets on the first Tuesday of each month at 7:30 PM at the Fire Hall in Tapiola. 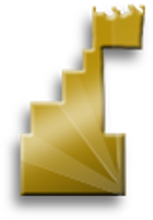